So UKR has decided to start doing a brief Q & A with artists on UKR and UKR Special Series as interest in both imprints and their artists is growing across the globe within the techno community. So, without further ado….here’s the 1st one with Chicago bad boy Rondell Adams in congruence with his second mind-bending release on UKR out for download THIS coming Wednesday featuring remixes from the legendary Mark Broom and Italy’s funk-tech ambassador FNKEY! 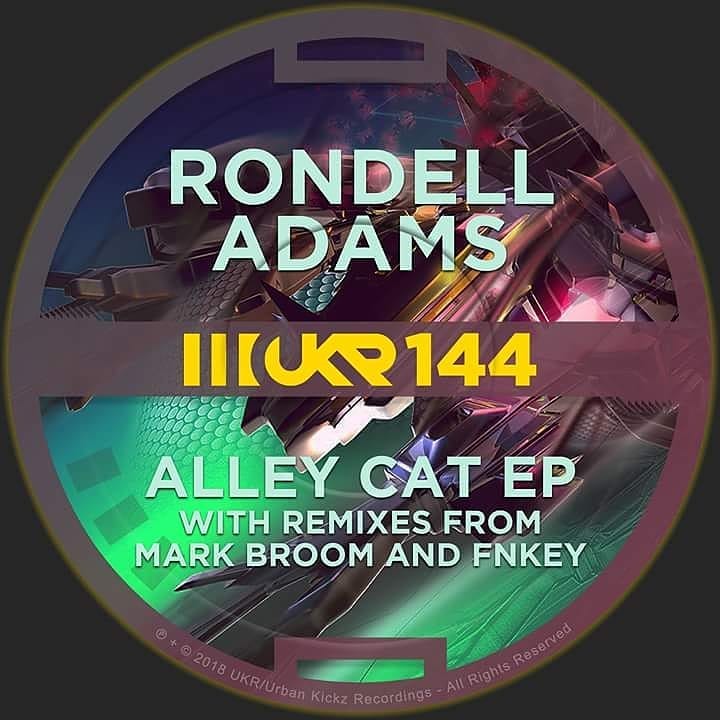 Rondell – My friend Alison Jones have grown close as friends because we have loved ones with similar health issues. She checks on me from time to time. One night she came over with a fifth of tequila to chat so in the midst of it she challenged me. She said, “What you make is cool but it’s not really Techno.” Not in a bad way it was more of a friend critiquing because she cared and wanted my sound to evolve. Two beats were made that night. I asked her what should I call this specific one. She originally said Community Cat hahaha….

I hit up Mark Broom as a return favor for me remixing his recently released “Loop 132” on his Beardman Records label. FnKey was contacted to do a remix because he’s FNKEY. I’m a big fan of both of these guys.

Roman – Who are some of your biggest influences?

Rondell – My father because what he did in producing Michael Jackson’s first ever recordings changed the game in music.
Robert Armani is a great influence. Bought his first album in high school. Never knew he was going to be very close friends with him! I consider him a mentor.

DJ Rush, Mark Broom, and Kris Wadsworth are my current influences. I like hyper fist-pumping techno and these guys do it.

PLANS FOR THE FUTURE

Roman – Where do you see yourself and your music headed in the next 5 years?

I’m a diverse guy so my music ranges from Hip Hop, Experimental Hip Hop, Halftime Dnb, House, Techno, Steppers, Neo Soul, Trap and Drill. I expect to do releases with the genres mentioned. As far as where I see myself going well I’ll be traveling to where my music is going. Across the states, South America, Europe, Africa, Asia.